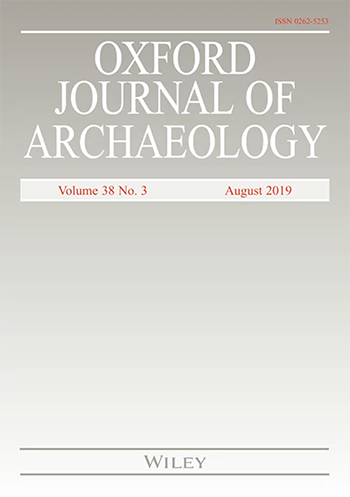 Architecture and urbanism in the fortified settlement of Pech Maho (Sigean, France) in the 3rd century BC: a social and economic perspective, Oxford Journal of Archaeology 38 (3), 2019, p. 271–301

Résumé/Abstract : This paper offers a synthesis of the urbanism and architecture of Pech Maho (Sigean) from a social and economic point of view. Its aim is to highlight the specificities of this settlement in the context of the Late Iron Age between southern France and north-eastern Spain. During the 3rd century BC, this small site had an impressive defensive system, as well as quite a complex urban framework. The constructed blocks excavated so far show a predominance of multicellular buildings that testify to a wide variability of ground plans. Most of the spaces seem to have been devoted to specialised activities with a clear economic orientation, whilst other buildings or spaces have a strong symbolic nature. Rooms used exclusively for domestic tasks are in the minority, while a large dwelling in the central area appears to have been a private residential unit. All of this suggests that Pech Maho would have been an economic centre, as well as the residence of an elite that would have exerted control over the productive and trading activities, in a context that clearly evokes an emporion.